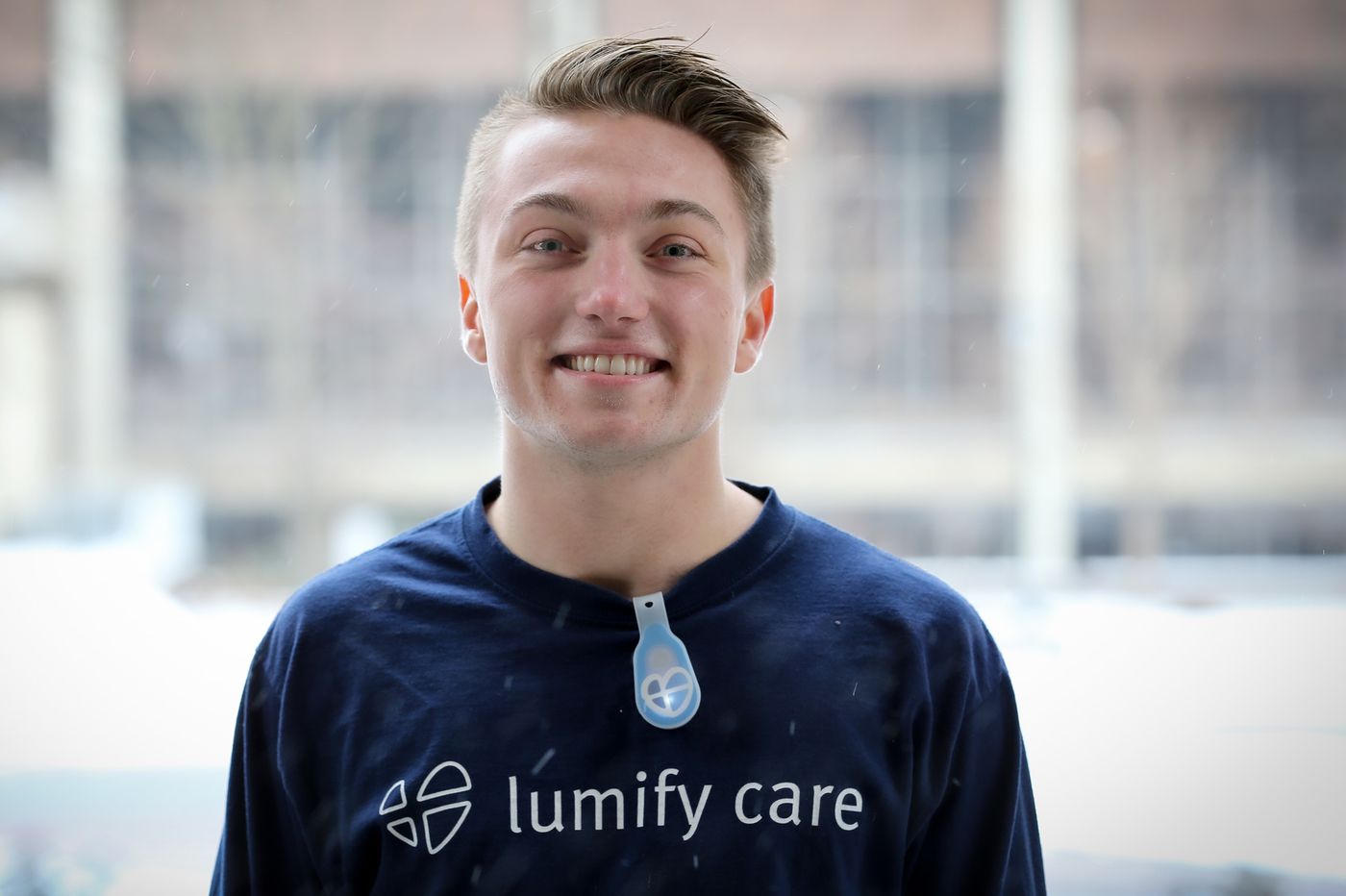 In America, the college dorm room has a special place in business lore.

Facebook, Google, Reddit, Dell, and Snapchat were all invented by students in cramped quarters, their big dreams sharing precious space with bags of Doritos and overflowing laundry baskets.

He and his cofounder have created what Jeffrey Babin, associate director of Penn Engineering Entrepreneurship, lauded as a “simple but elegant” solution to the problem of hospital personnel disturbing patients during nighttime interactions: a nurse’s wearable night-light. Scarpone-Lambert’s company is called Lumify Care. 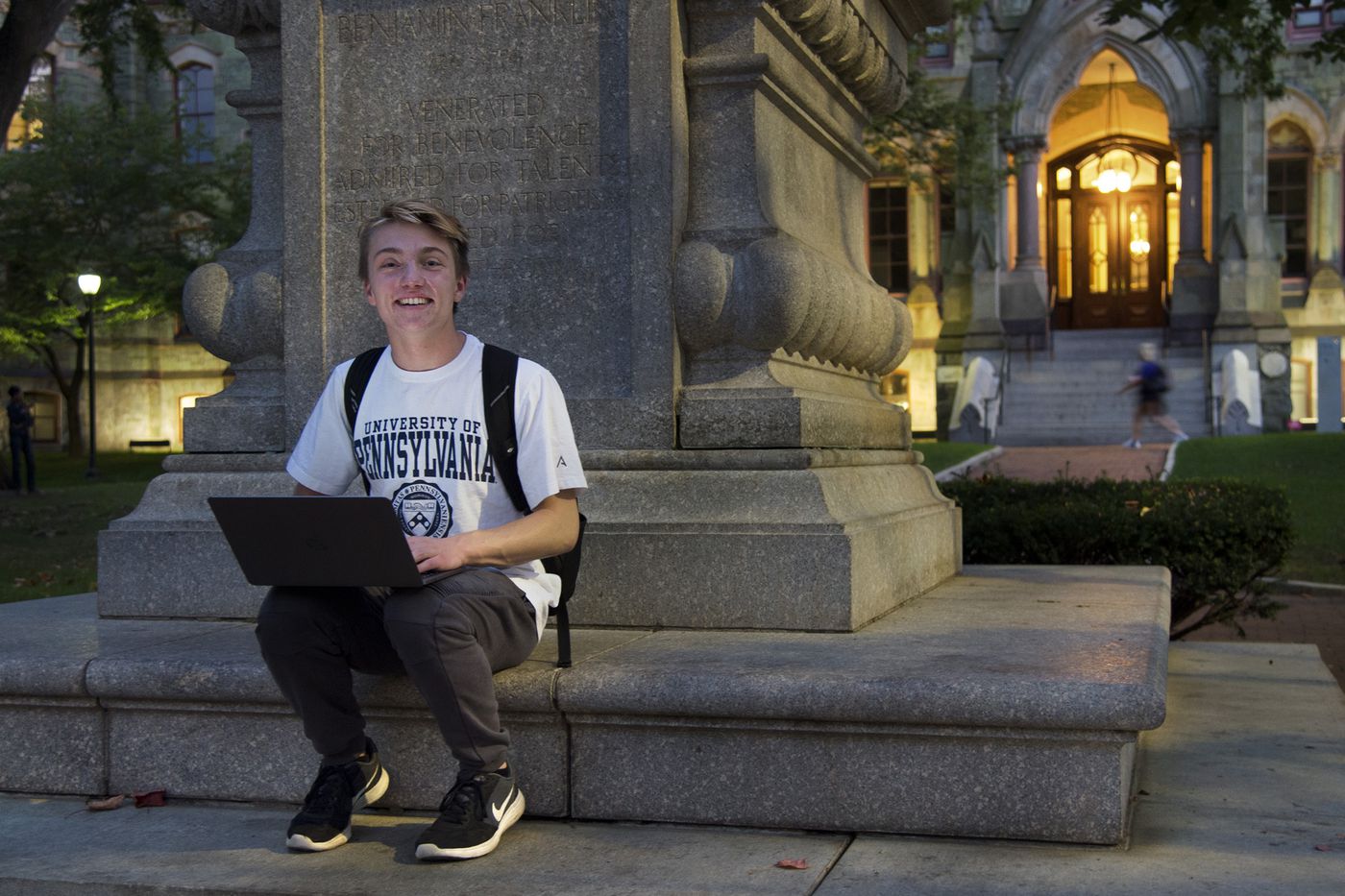 While Penn scholar-entrepreneurs have hatched some notable ventures within the last decade alone (Warby Parker eyeglasses, Harry’s shaving and grooming products, Harper Wilde bras), “it’s pretty rare that a nursing student is doing what Anthony is doing,” said Marion Leary, director of innovation at Penn Nursing. “He’s been out front of where we are in nursing education right now.

“It wasn’t easy at first, being first-generation at Penn,” said Scarpone-Lambert, who’s also executive vice president of the senior class of 2021. “Everyone at school seemed so successful, like they all had it together. And I had impostor syndrome, like I didn’t belong.

“But incredible Penn people supported me, and I made it my personal mission to prove that no matter if I am a first-gen student, I can overcome challenges and reach goals for myself.”

Currently, the goal is to start selling the $20 uNight Light, billed as “the first-ever wearable LED light designed for nurses, by nurses,” next month.

As part of his academic schedule, Scarpone-Lambert has to participate in clinical work. In the emergency department of the Hospital of the University of Pennsylvania, he’s seen the crush of patients during the pandemic, and he knows firsthand how nurses do their jobs under great stress.

That wisdom is augmented by Scarpone-Lambert’s cofounder, Jennifferre Mancillas, 36, a registered nurse at Valley Children’s Hospital in Madera, Calif. The two met at a collaborative entrepreneurial conference and competition cosponsored by Johnson & Johnson in central New Jersey in 2019.

Together, they researched the difficulty of patients getting enough sleep in hospitals when nurses are turning on lights, especially at night, to administer care.

After interviewing 250 nurses, Scarpone-Lambert and Mancillas discovered that 87% struggled to see while providing patient care at night. “When nurses can’t see, we put our patient and ourselves at risk,” Mancillas said. “This leads us to turn on intrusive overhead room lights that disrupt our patients.”

The Lumify pair’s data found that during a single night shift, nurses may turn on their patient’s room light an average of nine times, leading to disrupted sleep and potentially worsened health outcomes.

Scarpone-Lambert and Mancillas came up with the 2-by-1-inch LED light that they believe is a game changer.

“Nurses are wonderful innovators,” often unappreciated, said Bobbi Martin, president and CEO of the Global Nurse Foundation, a nonprofit in Florida’s Tampa Bay area that supports nurses in places like Uganda. She met Scarpone-Lambert at the Johnson & Johnson event. “Nurses will do 25 work-arounds in a shift,” finding innovative ways to care for patients.

Scarpone-Lambert is taking that outside-the-box thinking to a new level, Martin said.

“He just doesn’t quit, and never stops at ‘no,’” she said. “He gets people excited.”

Martin added that Scarpone-Lambert has a well-developed social conscience and will donate lights to health-care facilities in Uganda, where the electricity is unreliable. “This light will impact how I will practice nursing,” she said.

Aside from its practical uses, the light is a symbol of sorts to nurses, said Rebecca Love, president of the Society of Nurse Scientists, Innovators, Entrepreneurs, and Leaders (SONSIEL), a Boston nonprofit working to elevate nurses into the forefront of health-care innovation.

“In hospitals, nurses are meant to sit at the bedside and are not acknowledged for the expertise they have with improving patient lives,” Love said. “We are disempowered as a profession. But stories like Anthony’s focus on entrepreneurship, and creating something that makes a difference.

“It has everything to do with his drive, character, and passion. And Anthony operates at a different speed, thinking six steps ahead. He is one of the individuals with the potential to be a moonshot in the nursing profession, and I don’t say that lightly.”

What also helps Scarpone-Lambert, his admirers say, is his background in big-time theater. As a child, he was in two Broadway plays: The Miracle Worker and Mary Poppins. “That helps him tell the story of his business,” said Penn Nursing’s Leary. “He’s just so comfortable pitching ideas, more than a lot of nursing students are.”

As he looks toward graduation in May, Scarpone-Lambert credits his first-generation student status as a help in getting through the grind of creating a start-up, not to mention the heavy load of Penn studies.

“Being first-generation provides you with a kind of grittiness,” he said. “It’s knowing how to work hard, and it’ll help me be a better entrepreneur.