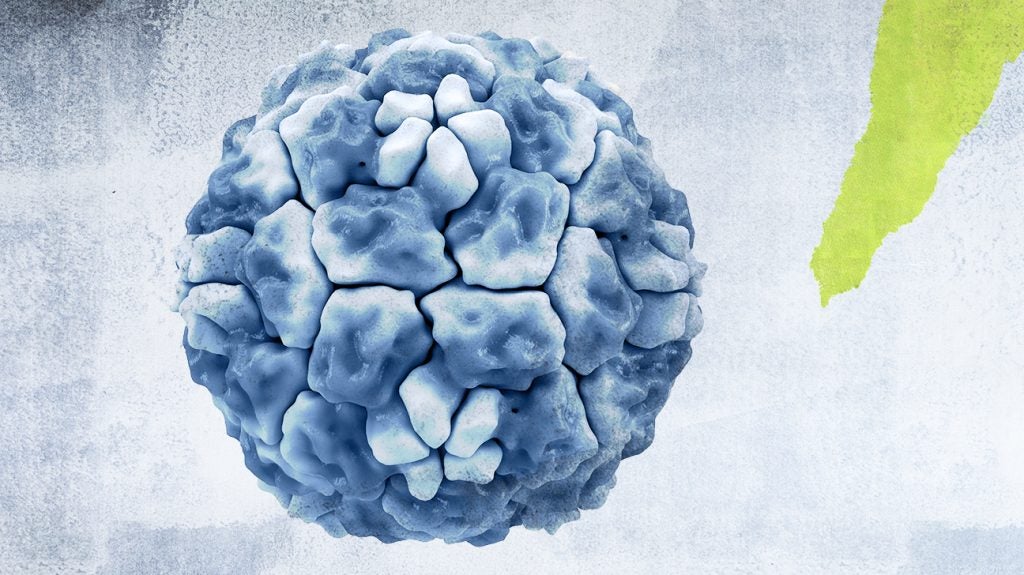 For decades, scientists have been hunting for a cure for the common cold, with little success.

However, recent research hints that this bothersome — though usually mild — infection may be a hidden ally in the fight against pandemic viruses such as influenza and SARS-CoV-2.

Human rhinoviruses (HRVs), which cause more than half of all common colds, are the most widespread respiratory viruses in humans.

suggests that HRVs may have inhibited the spread of the influenza A virus subtype H1N1 across Europe during the 2009 flu pandemic.

Experts believe that the HRVs did this by inducing human cells to produce interferon, which is part of the body’s innate immune defenses against viral infection.

Research has shown that SARS-CoV-2 is  to the effects of interferon.

This finding led scientists at the MRC-University of Glasgow Centre for Virus Research in the United Kingdom to speculate whether HRVs could help combat the spread of SARS-CoV-2 and limit the severity of infections.

To find out, the researchers infected cultures of human respiratory cells in the lab with either SARS-CoV-2, an HRV, or both viruses at the same time.

The cultures closely mimicked the outer layer of cells, called the epithelium, that lines the airways of the lungs.

SARS-CoV-2 steadily multiplied in the cells that the team had infected with this virus alone. However, in cells also infected with HRV, the number of SARS-CoV-2 virus particles declined rapidly until they were undetectable just 48 hours after the initial infection.

In further experiments, the scientists found that HRV suppressed the replication of SARS-CoV-2, regardless of which virus infected the cells first.

Conversely, SARS-CoV-2 had no effect on the growth of HRV.

To test their hunch that HRV was inhibiting SARS-CoV-2 by triggering the cells’ innate immune response, the researchers repeated their experiments in the presence of a molecule that blocks the effects of interferon.

Sure enough, the molecule restored the ability of SARS-CoV-2 to replicate in cells infected with HRV.

“This means that the immune response caused by mild, common cold virus infections could provide some level of transient protection against SARS-CoV-2, potentially blocking transmission of SARS-CoV-2 and reducing the severity of COVID-19,” Prof. Murcia adds.

The researchers used a mathematical simulation to predict how different numbers of HRV infections of varying lengths might affect the spread of SARS-CoV-2 through a population.

The model predicts that if the common cold virus were to become sufficiently widespread and persistent, it could temporarily prevent SARS-CoV-2 from spreading.

“The next stage will be to study what is happening at the molecular level during these virus-virus interactions to understand more about their impact on disease transmission,” says Prof. Murcia.

“We can then use this knowledge to our advantage, hopefully developing strategies and control measures for COVID-19 infections,” he adds.

The research appears in The Journal of Infectious Diseases.

In their paper, the researchers speculate that mild HRV infections might be mutually beneficial for the virus and its human hosts.

They write that the immune system may have evolved to allow HRV to replicate and transmit to new hosts. In return, the virus keeps more severe and potentially lethal viral infections at bay.

At the Science Media Centre in London in the United Kingdom, other scientists welcomed the research but flagged some potential limitations.

Gary McLean, who is a professor in molecular immunology at London Metropolitan University in the U.K., said that the major limitation was that the study involved just one of the 160 or more possible strains of rhinovirus.

He said there was no guarantee that each strain would have the same effect on SARS-CoV-2 infections.

He added that translating results from a lab experiment to real life is “very tricky,” saying:

“Although it is likely that a common cold virus, such as rhinovirus, would induce a strong innate immune response that could block SARS-CoV-2 infections, it would still require both infections to occur at a similar time.”

In addition, he pointed out that intensive infection control measures over the past year have made the common cold less prevalent, reducing the potential for HRV-triggered innate immunity to combat the spread of SARS-CoV-2.